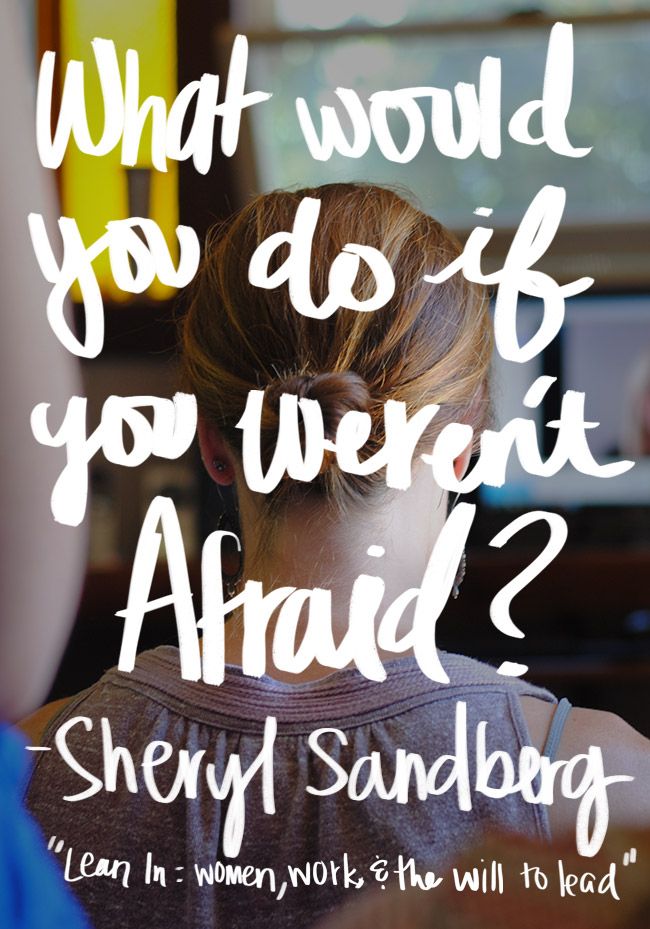 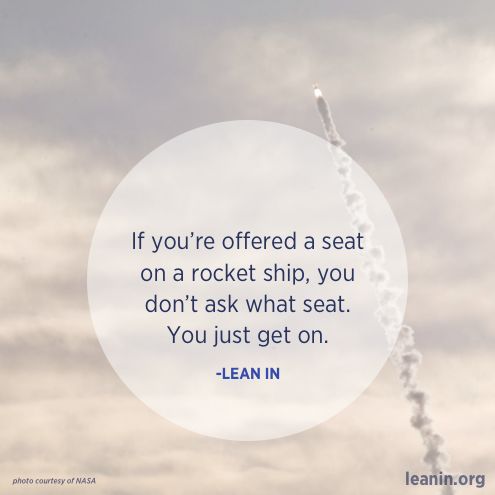 I recently started reading Lean In, a book by Sheryl Sandberg written in response to the overwhelming feedback she received after a TedTalk on how women are held back in the work place – and how we hold ourselves back. And by ‘recently’ I mean about a week ago and by ‘started’ I mean I’m about halfway done. I can hardly put it down! I can only imagine this is the first of a series of thoughts and tidbits I’ll have in reaction to the book. I at first hestitated reading it because it just seemed like over-hyped book on the lock-the-men-in-the-cellar type feminism, something that’s just not my taste. I could not have bee more wrong. Most of the time while I’m reading I think to myself, “YES! So that’s not just me?” and then other times I’m thinking, “Well now that’s just ridiculous. Who thinks like that?” Which makes sense. Just because we are all women doesn’t mean we are all the same. But I digress.

There was one particular section of the book that I found very interesting and connected with. It’s a topic that I don’t really like talking about out loud but is definitely something that’s crossed my mind many times and, as I learned, it turns out I’m not alone.

I don’t know when I’ll get married. I also don’t know when I’ll have kids. Or, to be honest, if I am totally sure I want children. I don’t even have a number in mind. Or an age that I want to have them. Literally, no clue. But for whatever reason the question of what I’ll do in my career when I have kids has been at the forefront of my mind for quite some time. I can’t even remember when I started thinking about it, but I have a feeling it was maybe high school – when I didn’t even have the faintest idea what I wanted to do with my career (or even what college I wanted to go to).

As it turns out, we women do this. But men don’t. We plan this out. Men don’t. We start concerning ourselves with this early. But, men don’t. Usually, this kind of planning can work out nicely to be ready for flux and flow. Instead what ends up happening is we hold ourselves back. We second guess career decisions because we wonder how this will affect our families one day. You might not even have a boyfriend, but you are already concerned about balancing. I’m twenty-four and the only work-life balance I really have to be concerned about is making sure I make it to yoga on time. But instead, I’m already worried about how I will “have it all”. If I aspire to be a CMO somewhere, how will I have time to be home? As a result, we don’t go after our goals as fiercely as we should. We have that fierceness in us, but it’s held back by worrying about future problems.

The irony is, by going after a higher position, you are often in a better place to have more control over your hours. You might also find yourself in a position that you have find immensely rewarding, which will make returning to the workforce after having a child much easier. Sandberg also cites many studies that show when a man and woman both share responsibilities cooking and bringing home the bacon, it leads to happier, more stable marriages. By having both parents involved in kid’s life, the child usually grows up to be a more well-rounded person.

Her conclusion was to not worry about this just yet. Don’t worry about having a work-family balance if there’s no family yet to balance. Go fiercely towards your dreams and don’t wonder if you should be holding yourself back.

If you are a woman in the business of making a career, I highly recommend starting in on Lean In. It’s an eye-opening adventure that will leave you feeling empowered, wiser and maybe a little freaked out (but at least aware) about the unspoken challenges that extend beyond the concept of a “glass ceiling” that can inhibit goals of advancing your career as a woman – both outside and self inflicted.

I’d like to apologize in advance. Because if you’re a woman, you’re likely sick of articles telling you how to live your life… annnd that’s mayyybe what I’m about to do.

A few weeks ago the beau and I attended the 50th Anniversary of Williams Pyro (now, WilliamsRDM). WilliamsRDM was started by Della Williams and her now deceased husband, and Della continues to reign today. Since the beginning of the business, she’s been in the trenches working in every department to ensure success. She’s loved and respected by all her employees, peers and anyone who has the opportunity to work beside her – this was apparent by the many that came out that night to present her with a gift to honor her character, accomplishments and leadership. She’s strong, independent, caring and warm.

One thing she said that night really stuck with me, the quote at the top of the post, women need to lead like women.

I’d never really thought about this before, as silly as it may sound. But men and women are different. Typically, we don’t interact with our friends and our coworkers the same. Women are scientifically and genetically more in touch with other’s emotions, for example. Men and women are different. And to me, it seems we’ve figured this out when it comes to dating (men are from mars, women are from venus), but haven’t quite figured it out when it comes to the workforce, or how to deal with it. Women, as a movement, are still figuring out the best ways to utilize our own personalities, traits and qualities to lead in the workforce. And really, this goes for everyone. Both men and women as individuals must learn how to use their personalities and skill sets to lead. However, men have been working in business longer than women, so women have a little catching up to do. We need to hone those leadership skills that we do have, not try to attain those that men have. And no matter what, your’e going to encounter people who disagree and those that agree. Personalities clash, no matter what your gender is. It’s just going to happen.

It’s further evidence that it is so important to have women like Della Williams paving the way for future women leaders. To have someone not telling, but showing you what it means to lead like a woman, not like a man.

Della Williams is a powerful woman. Not because of her status in her company, but because when she speaks at the podium, people listen. She has strong integrity, a big heart, passion and the work ethic to boot. She is a strong woman leader, who leads like a woman.

To be a female leader, you can’t act like a man. Simply because you aren’t one.