Today is beautiful. Inspiring colors, textures and buildings were everywhere I looked.

The day started with some cozy mist and fog: 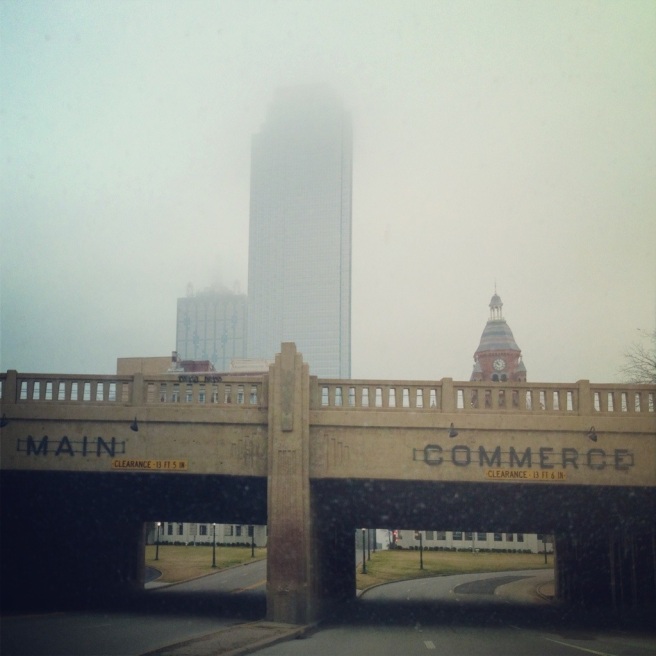 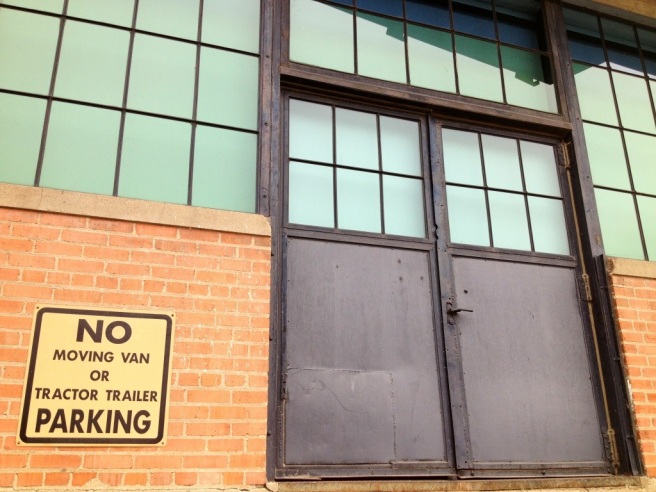 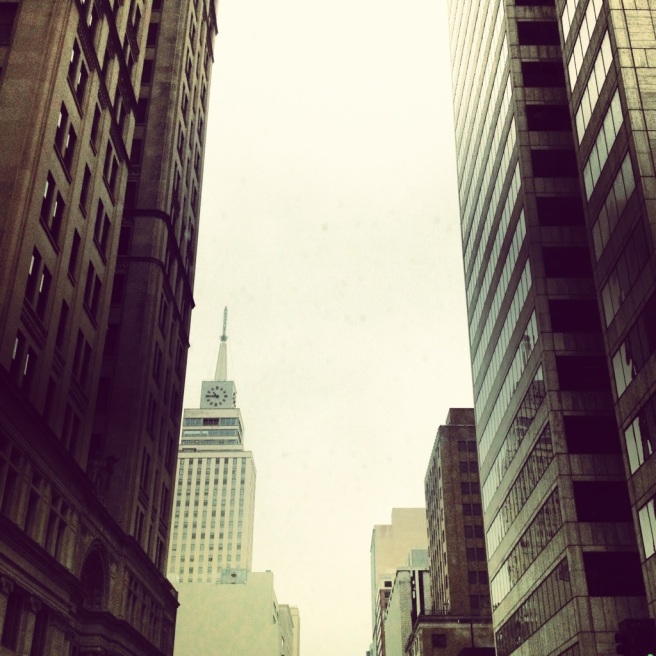 Then turned into this: 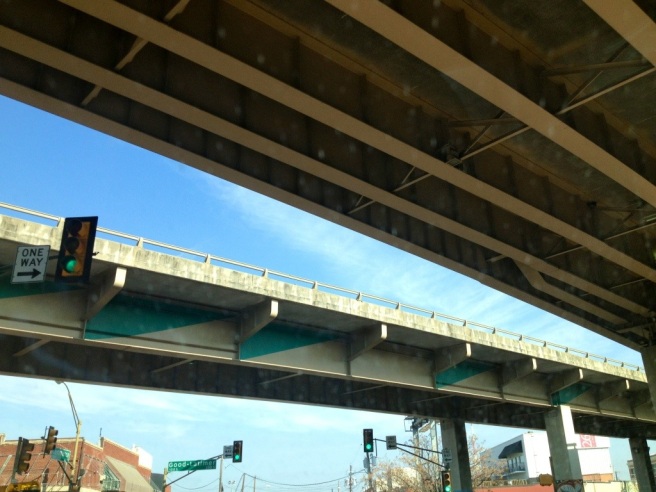 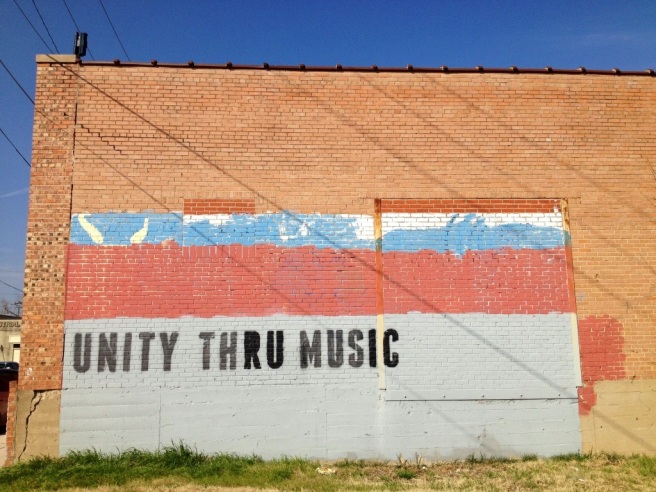 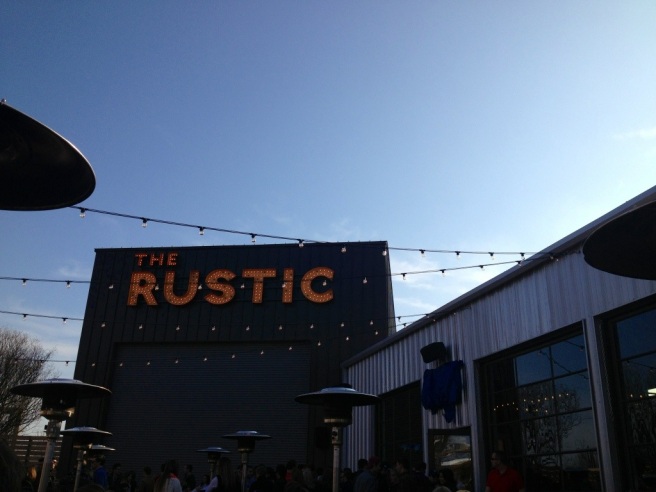 Now, stop reading about my beautiful day and go make one of your own!

Let’s go back to last Friday. A coworker was just telling me that Klyde Warren, a personal favorite and very cool downtown Dallas park, opened an ice skating rink. As any big city-starved and New York-obsessed girl, visions of sliding through crisp air surrounded by twinkly lights and the beautiful juxtaposition of trees and tall buildings swarmed my head. As not good as the movie Serendipity was (sorry Lydia), I’ve also never been able to lose the mental image of the Central Park ice skating scene and hope that I too might find my own adorable, quick-witted John Cusack to enjoy it with.

So with fiancé and high expectations in tow, I made my way downtown.

All seemed good as we walked up and laced up old fashioned-looking skates. People of all ages were lacing up their own skates, and the twinkly lights were ready for my movie moment. I was even wearing my favorite winter coat (even though I’m pretty sure it was 60 degrees today). And then we stepped on the…not ice.

Not sure how they got away with all the media placements touting the arrival of downtown “ice skating” (gotta love the power of a good publicist), but there was no ice to be found. Instead, our skates came to a screeching halt on plastic, yes, plastic, that required footwork not unlike an elderly penguin post-hip replacement surgery. Definitely no skating, sliding or speed of any kind here. Upon further inspection, our skates actually had just a flat metal strip where the blade would be.

Now, I’m a huge fan of the Klyde Warren. We even threw it out as a potential wedding location due to our support of and excitement for the space from Day 1. So this hurts me to say more than it hurts you, dear park: this “ice skating” is a waste of money, both for participants and the park itself.

After a few attempts at waddling we needed a change of scene, stat. It seemed like a nice night to finally check out Hoffman Hots, a fifties-inspired hot dog restaurant in Trinity Groves. Sadly, this was a severe disappointment both in food quality and atmosphere. And that’s saying something because I LOVE hot dogs. We also figured out we could buy 8 10-packs of hot dogs from a grocery store with what we paid for our 4 “gourmet” hot dogs, which really instilled confidence in our ability to make financially sound decisions for our future.

While this blog might sound like one long complaint, I have to be honest: We actually had a lot of fun tonight lamenting how “Dallas” aka “shiny on the outside/not so hot on the execution” the whole thing was….But if someone asks you to go ice skating in Klyde Warren you might want to tell them you prefer the Galleria.

Today Marthe from The Freedom Experiment (always a favorite read) asked her readers what they’d most like to be doing right now. After another losing battle with morningtime, I can tell you that driving to work with another day of zero coffee ahead of me was not exactly high on my list. But imagining my perfect day really has pulled me out of a slump before, so I let her question sink in only to find a somewhat surprising truth to snap me out of my haze.

Because the truth is, I’m really quite happy with what I’m doing, and I’ve got a lot of exciting times ahead. As I admired the downtown Dallas buildings and great weather last weekend after a “so Dallas” evening on the Katy Trail Ice House patio, I thought “You know what, I have to say, I maybe sorta actually kinda like it here.” This might not seem like much of a confession to you, but Dallas was the last place I saw myself living, not to mention liking. But somewhere along the way this place became home….for now anyway. There are far too many great places in this world for me to settle down just yet.

Keeping the Dallas momentum going, though, this weekend I’ll be seeing the Nasher sculpture museum for the first time (it’s about time) and catching their Air Review concert and outdoor screening of Life of Pi, all in my new neon windbreaker. Plus, there’s my upcoming moving out pool party/cookout followed by actually moving out…and into my new adorable house. And on top of that, I have a foodie trip to Austin, weddings for people I like a whole awful lot and my first ever trip to Chicago (hello, new year’s resolution being met!).

So now I’m passing it on, what would you most like to do right now?

At first I thought I was crazy to commit to waking up earlier during late fall/winter when mornings are supposed to turn dark and cold. Luckily, I forgot I live in Texas, which means mornings have been much more manageable than expected with just a cup of hot coffee or tea and the occasional sweatshirt. 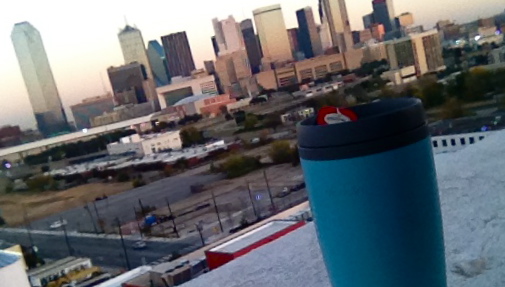 Waking up an hour early (which for me means 6 a.m.) might not sound like much to some of you, but it took – and takes – a lot out of me. In college, I came way too close to not graduating on time despite a quite good GPA and full credits simply because I literally could not wake up in time for an early morning class. It was one of those last semester blow off pass/fail classes and ALL you had to do was show up twice a week at 8 a.m. for about 15 minutes.

I think I’ve made my point.

But for someone who also suffers from both chronic forgetfulness and lateness, waking up with enough time to think about life and get ready for my day is kinda a necessity. This post is also a lovely reminder to myself, as the past few…well, okay…weeks…have not been as successful as November.

Here’s some things I’ve learned about waking up: 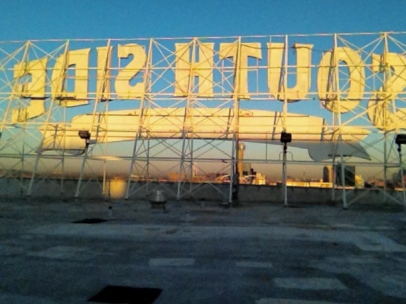 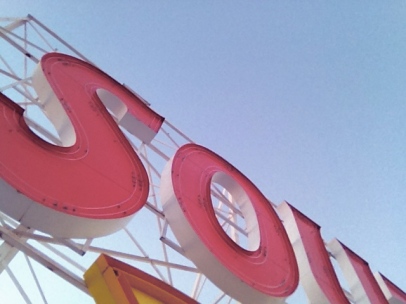